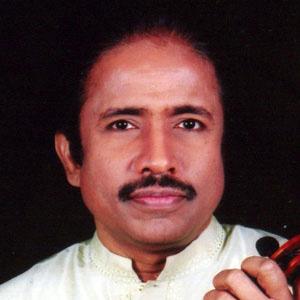 Abandoning his medical studies, he formed a violin trio with his brothers and toured around his country and around the United States.

In a career spanning more the fifty years, he showed no signs of stopping, receiving a GIMA award for innovation in 2012, the same year he was recognized for his Lifetime Achievement.

He got his musical sensibilities from his father, a master violinist, and his mother, who played the vina.

One of his bandmates on tour in America included former Beatle George Harrison.

L Subramaniam Is A Member Of