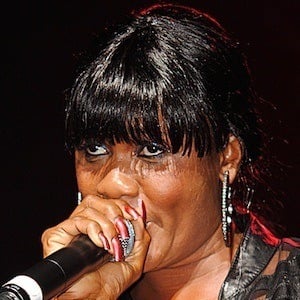 Dancehall rapper formerly known as Lady Saw who had her third top 10 reggae album with "Walk Out" in 2007. She followed that up with "My Way" in 2010.

She made her first performances in Jamaica at age 15.

She won a 2002 Grammy Award for her No Doubt collaboration, Underneath It All.

She has a brother who performs under the name Sample.

She has been compared to the female incarnation of Bob Marley.

Marion Hall Is A Member Of