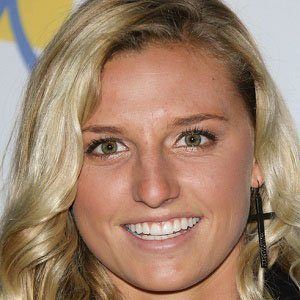 Surfer who won the NSSA Open Women's National Title in 2009 and 2010. Her first feature-length film, Zero to 100, won awards at various festivals around the world and shot to #1 on iTunes Sports in 2013.

She learned to surf during a family trip around the world in 2000.

In 2009, she became the first female ever to land an aerial in an NSSA competition.

She has older siblings named Whitney and Parker.

She and fellow surfer Carissa Moore are both winners of NSSA titles.

Lakey Peterson Is A Member Of