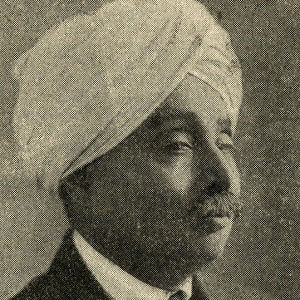 Remembered for his activism on behalf of the Indian Independence Movement, he became a martyr to his fellow Indian nationalists after being fatally wounded by British police during what was otherwise a peaceful protest.

Early in his career as a political activist, he became a member of the Indian National Congress party and was forced into exile in Burma by his country's British-controlled government.

His published works include Unhappy India (1928) and The United States of America: A Hindu's Impression (1916).

The son of Radha Krishan and Gulab Devi, he grew up in a Hindu family in Punjab, India (then British India).

He and Bipin Chandra Pal were both members of the Lal Bal Pal Indian nationalist group of the early twentieth century.

Lala Lajpat Rai Is A Member Of