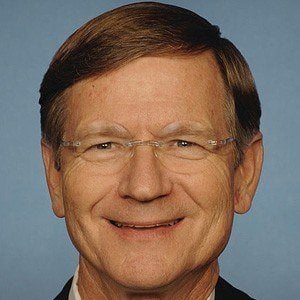 Conservative politician who took office as the U.S. Representative for Texas' twenty-first Congressional District in 1987.

He was a writer for the Christian Science Monitor.

He has a wife named Elizabeth Lynn Schaefer and two children from a previous marriage, named Neil Seeligson and Tobin Wells.

He presented the Leahy-Smith America Invents Act to change the patent system signed and made a law by Barack Obama.

Lamar Seeligson Smith Is A Member Of