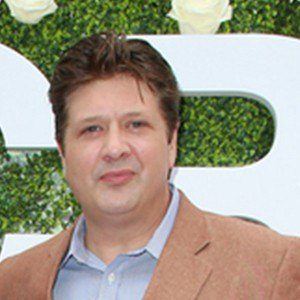 Breaking through as an actor in the HBO series The Comeback, Barber would later become well known for portraying George Cooper Sr. in the prequel to The Big Bang Theory, Young Sheldon. He also had a notable recurring role in It's Always Sunny in Philadelphia.

He knew he wanted to be an actor after seeing a production of Grease when he was 7 years old. He acted at Pennfield High School as well as at Kellogg Community College where he earned an associate's degree.

He spent five years with The Second improvisational comedy troupe.

He and his wife Aliza have two children.

He would star alongside Lisa Kudrow in The Comeback.

Lance Barber Is A Member Of