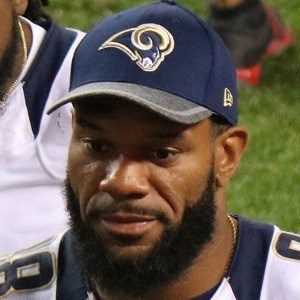 NFL tight end who debuted with the Los Angeles Rams in 2011. He is also known for his time playing for the University of Wisconsin where he was named an All-American.

While he was in high school he played football, basketball, and competed in events in track and field.

In 2017 he signed a a two-year deal to play for the Green Bay Packers.

Both he and Jared Goff played football for the Los Angeles Rams.

Lance Kendricks Is A Member Of