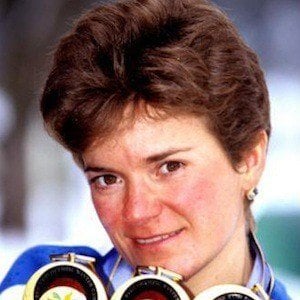 She won her first gold medal in International Competition at the 1987 World Championships in Oberstdorf, Germany.

She received a two year ban from competition after a positive drug test at the 2002 Olympics.

She has a daughter named Alicia with her husband Gennadi.

She won gold at the 1992 Olympics where Michael Jordan led the Dream Team to gold in basketball.

Larisa Lazutina Is A Member Of