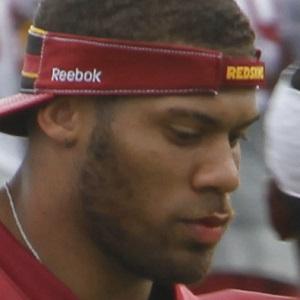 NFL safety originally drafted by the Washington Redskins in 2007 before signing a four-year, $24 million contract with the Indianapolis Colts in 2013.

He played at Louisiana State University, where he earned First-Team All-SEC honors in his last year.

He earned the nickname Dirty 30 for his intense style of play while in Washington.

His younger brother Dawan Landry was drafted by the Baltimore Ravens in 2006.

He delivered a hard, game-ending tackle to Dolphins running back Reggie Bush during a game in 2012.

Laron Landry Is A Member Of