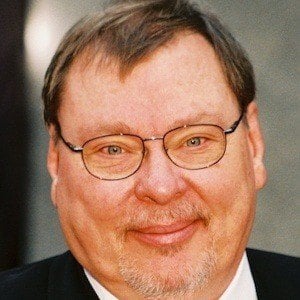 Best known for his Emmy Award-winning portrayal of Benny Stulwicz in L.A. Law, he was an actor, voice artist and comedian who also provided the voice of Pops in Cartoon Network's Johnny Bravo.

He was an alumnus of the University of Oklahoma.

He lent his voice to the video game Star Wars: The Force Unleashed.

His father Raymond John Drake was a drafting engineer for an oil company and his mother Lorraine Ruth was a homemaker. His marriage to Ruth de Sosa was short-lived, lasting from 1989 to 1991.

He starred alongside Richard Dysart in L.A. Law.

Larry Drake Is A Member Of