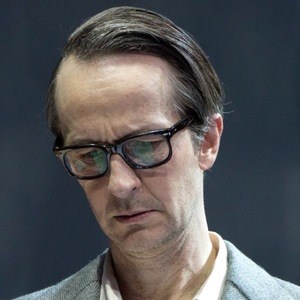 Actor who has had recurring roles on many popular Danish television shows, including The Other World, Dicte: Crime Reporter and Unit 1. His film work includes Stealing Rembrandt (2003) and Good Favour (2017).

He attended the acting school Tsarens Hof in the 80s. Around this time, he performed with such theater groups as Mungo Park and Får302.

He won a Zulu Award for his performance in the action comedy Stealing Rembrandt.

He married Katrine Salomon in 2000. He has children named Carlo and Fernanda. He is the brother of actor Martin Brygmann and musician Jens Brygmann.

He began appearing with Andreas Jessen on The Other World in 2016.

Lars Brygmann Is A Member Of