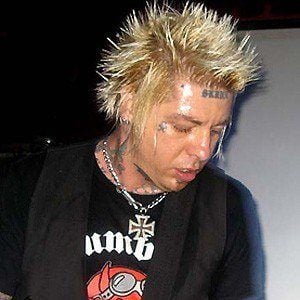 Tattooed guitarist for the punk rock group Rancid who has been with the band for over twenty years. He has played with other bands like UK Subs.

He joined Rancid to fulfill their desire to have a second guitarist.

He is the frontman for Lars Frederiksen and the Bastards and The Old Firm Casuals.

His late brother, Robert, first introduced him to punk culture and music. He was married to a girl named Megan from 1998 until 2001. He went on to have sons, Wolfgang and Soren, with second wife Stephanie Snyder.

Joey Ramone and his band were Frederiksen's biggest musical influences when he was growing up.

Lars Frederiksen Is A Member Of