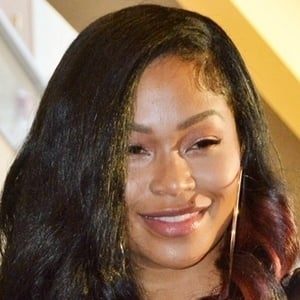 Actress popularly known for multiple appearances on the BET series The Game, a show starring Tia Mowry and Hosea Chanchez.

Her first major credit was in the 2006 film ATL featuring T.I. and Khadijah Haqq.

She announced her pregnancy with basketball player Brandon Jennings's child in 2015.

Tae Heckard Is A Member Of