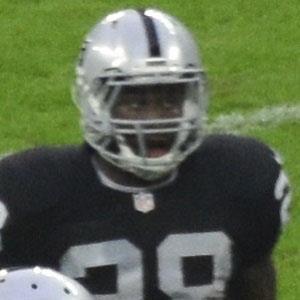 Running back who was drafted by the Oakland Raiders out of the University of Central Florida in 2013. After four years in Oakland, he signed with the Minnesota Vikings in 2017.

He was the state of New York's 2007 Gatorade Football Player of the Year at Onondaga Central High School.

His parents are Paul Murray and Tawanna Wright.

He was teammates with fellow running back Darren McFadden in Oakland.

Latavius Murray Is A Member Of