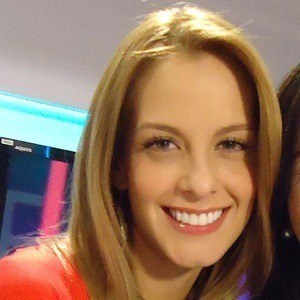 Columbian journalist and television show host who rose to fame as an anchor for RCN News. She is also known for her work on RCN Television's talk and tabloid program Very Good Days.

She and fellow journalist Nina Garcia were both born in Columbia.

Laura Acuña Is A Member Of