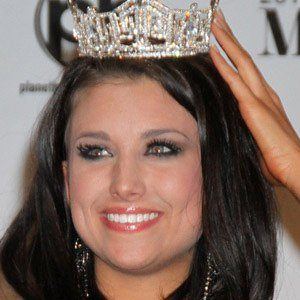 Best known as the 2012 winner of the Miss America beauty pageant, this Midwesterner had previously been crowned Miss Wisconsin 2011.

In 2010, she earned a degree in music from Carthage College in Wisconsin.

During her time as Miss America, she attended a Children's Miracle Network Hospital event at the White House and made the acquaintance of President Barack Obama.

She was born and raised in Kenosha, Wisconsin. Because her own father had served an eighteen-month prison sentence, she chose to highlight, as her pageant platform, the struggles of children whose parents were incarcerated.

She succeeded Teresa Scanlan as Miss America; Scanlan, who won the national beauty pageant in 2011, had previously served as Miss Nebraska.

Laura Kaeppeler Is A Member Of