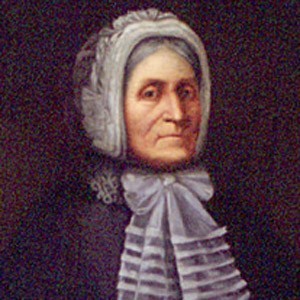 Canadian War of 1812 heroine who braved twenty miles of snow to warn British troops of an upcoming American attack.

She had a personal stake in the War of 1812 because her husband was a soldier fighting for Canada.

She became the subject of much Canadian folklore and was also given a memorial in Canada's capital.

She was married to James Secord from 1797 until his death in 1841. The couple had seven children together.

Her heroics during the War of 1812 were similar to those of Paul Revere during the American Revolution.

Laura Secord Is A Member Of