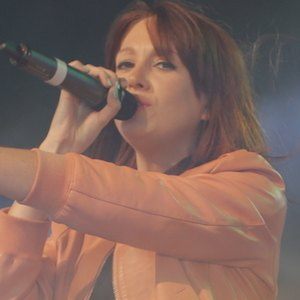 Singer and songwriter who is known for her work in the electro-pop genre. Her song "Undiscovered" appeared on the film soundtrack for 50 Shades of Grey in February 2015.

She began her music career as the lead singer for the indie-pop band Laura & the Tears. She and the group released on EP in 2009 before their eventual dissolution.

In 2014, her self-titled EP peaked at #23 on the Billboard Heatseakers Chart. On March 9, 2015, she released her debut solo album, Soft Control.

She was born and raised in Staffordshire, England.

She also opened for Ellie Goulding during her 2014 tour.

Laura Welsh Is A Member Of