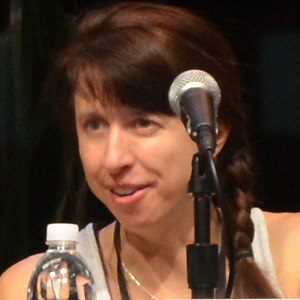 Author of young adult fiction whose popular works include The Internet Girls series, The Winnie Years, and the Flower Power books. Her novels, ttyl and ttfn, both appeared on the New York Times bestseller list.

She studied English and psychology at the University of North Carolina at Chapel Hill. She later received graduate English and creative writing degrees from Colorado State University and Vermont College, respectively.

Her debut novel, Kissing Kate, was chosen as one of the ALA Best Books for Young Adults in 2004.

She grew up in Atlanta, Georgia, with two sisters and three brothers. Her younger sister, Susan, also became a writer.

She and Emily Brightwell are both American authors of young adult fiction.

Lauren Myracle Is A Member Of