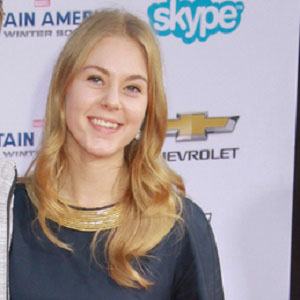 Best known as the older sister of Disney Channel star Austin North. She is also a singer and runs her own self-titled YouTube channel where she posts covers of popular songs.

She covered the song "Where Are You Now" on her channel with Grant Woell.

She and her brother hail from Maineville, Ohio. The family later moved to Los Angeles, California.

She has made a number of famous friends through Austin and her Disney affiliation, including Girl vs. Monster star Olivia Holt.

Lauren North Is A Member Of