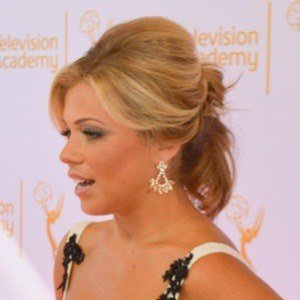 Broadcast journalist and television personality who has worked as a reporter for a number of nationally syndicated programs including Good Day L.A. and Red Eye with Tom Shillue.

In 2015, she portrayed Barbara Walters on an episode of Drunk History.

She is the daughter of Jackie Sivan.

In 2017, she appeared on Megyn Kelly's Today program and discussed an alleged event that took place between herself and disgraced Hollywood mogul Harvey Weintstein.

Lauren Sivan Is A Member Of