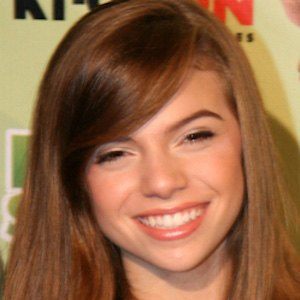 Singer and social media star who rose to fame through her self-titled YouTube channel where she has posted an array of vlogs and song covers. She has gained more than 9,000 subscribers on the eponymous channel.

At only eleven years old, she released her debut album Destiny.

An actress as well as a singer, she has had roles on Disney Channel's Family Tree and Discovery's The Exorcist Files.

Her mother, Josephine, her father, Art, and her older brother Joe appear alongside her in Disney Channel's Family Tree.

One of her most popular song covers is of Meghan Trainor's single "All About That Bass."

Lauren Taveras Is A Member Of