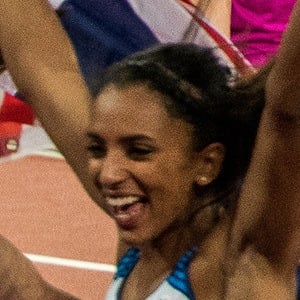 She went from a middle distance runner to sprinter in 2013. She earned her breakthrough at the 2015 European Junior Championships as the gold medal winner in the 400 meter event.

Her twin sister Lina is also a world class sprinter.

She worked as a bag carrier for Jessica Ennis-Hill at the 2012 Olympic Games.

Laviai Nielsen Is A Member Of