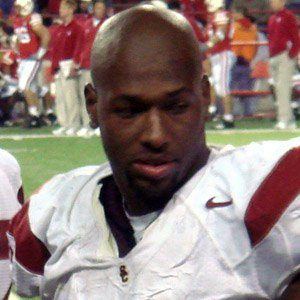 Defensive end who debuted in 2008 for the Seattle Seahawks, then played for the Detroit Lions from 2010 to 2012; signed with the Minnesota Vikings in 2013 but failed to make the team's final regular season roster and never appeared in a game.

He played all 16 games his rookie year with the Seahawks, and recorded 2 sacks.

He was born and raised in Los Angeles, where he played high school and college football.

While at USC he was coached by Pete Carroll.

Lawrence Jackson Is A Member Of