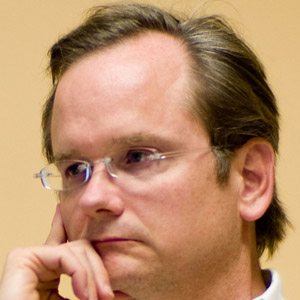 Proponent of the open internet. He received the Award for the Advancement of Free Software. He also won the 2014 Webby Lifetime Achievement Award.

He worked as a clerk in the 7th Circuit Court of Appeals and the Supreme Court upon graduating from Yale Law School in 1989.

He founded the Center for Internet and Society at Stanford Law School.

He fathered three children with his wife Bettina Neuefeind.

He became friends with Barack Obama during their time teaching at the University of Chicago.

Lawrence Lessig Is A Member Of