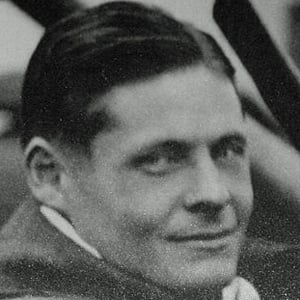 Aviation pioneer who was nicknamed 'Gyro' for his numerous inventions to help improve the safety and navigation of early airplanes. In 1992 he was inducted into the Naval Aviation Hall of Honor at the National Naval Aviation Museum in Florida.

He developed an early interest in aviation after seeing a dating flight by Henri Farman.

His invention of the autopilot allowed the flying of planes at night, and his parachutes and retractable landing gear helped more of his fellow pilots to survive aerial mishaps.

The son of an aeronautic engineer father, he along with his brother once turned the family home into an airplane parts manufactory.

A few decades after him, the Englishman Geoffrey Dehavillan also helped advanced aviation with his own line of planes.

Lawrence Sperry Is A Member Of