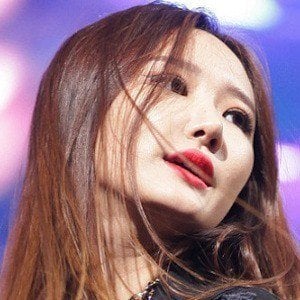 South Korean rapper most famous for being the lead rapper in the K-pop girl group EXID. She has been a featured on artist on songs by artists like Zia, K. Will and Jewelry.

She originally performed as Elly in the rap band Jiggy Fellaz.

She was a contestant on the South Korean rap competition Show Me the Money.

Her real name is Ahn Hyo-jin.

She began performing alongside Hani in EXID in 2012.

LE Is A Member Of