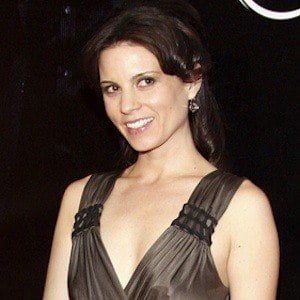 Actress who is famous for her role as Lieutenant Margaret "Racetrack" Edmondson on the popular Syfy TV series Battlestar Galactica. She also appeared in the Netflix original series Travelers as Kathryn MacLaren.

She earned her first on-screen credit for her work on The Chris Isaak Show in 2002.

She appeared as the recurring character Emily Hollander on the Disney TV series Kyle XY. She appeared as a guest star on Bates Motel and Supernatural.

She has one younger sister named Lindsay.

She appeared in the film 88 Minutes alongside Al Pacino.

Leah Cairns Is A Member Of