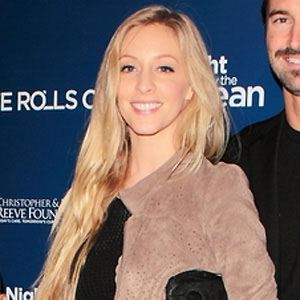 Television personality and recording artist who is part of the duo Brandon & Leah alongside her now ex-husband Brandon Jenner. She was named Independent Front Person of the Year by the L.A. Music Awards in 2012.

She would frequently sneak out of her house when she was just 14 years old to perform live at local venues.

Her and Brandon's single "Showstopper" became the theme song for the third season of Kourtney and Kim Take Miami.

Her father is former Eagles guitarist Don Felder and her mother-in-laws are Olympian Caitlyn Jenner and actress Linda Thompson. She and Brandon welcomed a daughter named Eva in 2015; they separated in 2018.

She appeared on the reality series Keeping Up with the Kardashians, starring Khloe Kardashian.

Leah Jenner Is A Member Of