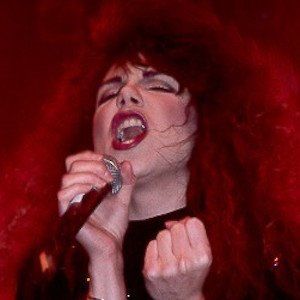 Canadian vocalist who hit it big in the 80's with albums like 1984's Metal Queen and 1989's Bodyrock, the latter of which went double platinum. She is a multiple-time winner of the Toronto Music Awards for Best Female Vocalist.

She joined her first rock band as a high school student in Brampton, Ontario.

She began moving away from rock and towards jazz music in the 2000's, beginning with the album Slick Chick in 2000.

Her birth name is Karen Lynn Greening. She married John Cody and has children named Jett and Angella.

She was featured on the Myles Goodwyn song "Do You Know What I Need" in 1988.

Lee Aaron Is A Member Of