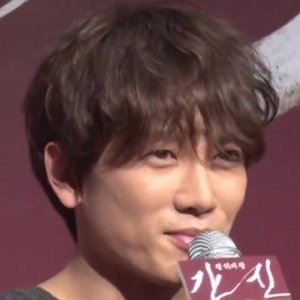 South Korean actor who has earned acclaim for his roles on various television series, including All In, Save the Last Dance for Me, and Secret Love. He is known to film audiences for his work in films like 2012's My PS Partner and 2014's Confession.

He was inspired to start acting after seeing Dustin Hoffman's performance in Rain Man. He studied theater and film at Hanyang University.

For his performance on the series Secret Love, he won 2013 KBS Drama Awards for Excellence, Popularity, and Best Couple.

He married Lee Bo-young in September 2013. In 2015, they welcomed a daughter named Ji-yoo. In 2019, they welcomed a son named Kwak Bo-ah. He previously dated All In co-star Park Sol-mi for several years.

Ji Sung Is A Member Of