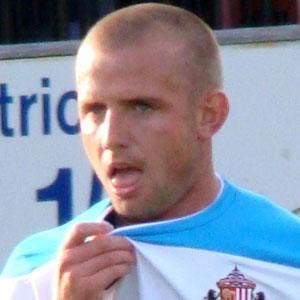 English soccer defensive midfielder who began his professional career in 2005 with Middlesbrough and signed with Premier League Sunderland in 2009.

He began his youth career with Middlesbrough in 1998.

He grew up with his family in Stockton-on-Tees, England.

He has played alongside defender John O'Shea at Sunderland.

Lee Cattermole Is A Member Of