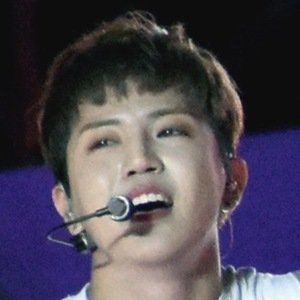 Pop singer who found fame as one-fifth of the K-pop boy band known as A.C.E. They formed under Beat Interactive and debuted in 2017.

He was previously in a group called Plan B before joining A.C.E in early 2016.

He competed in the South Korean television talent show known as Superstar K5.

His real name is Lee Donghun, but he's known by the stage name Donghun.

He performed a cover song of "Good for you" and "Heaven's Door" alongside Eric Nam.

Lee Donghun Is A Member Of