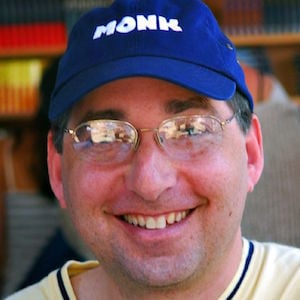 Author and television producer whose producing credits include Diagnosis Murder, SeaQuest 2032, Stick with Me, Kid, Likely Suspects and She-Wolf of London. His bibliography includes the Fox & O'Hare, Monk, The Dead Man and The Jury series of novels.

He was a freelance journalist while attending the University of California, Los Angeles, contributing to several publications like Newsweek, American Film, The Washington Post and The San Francisco Chronicle.

He became a member of the International Society of Crime Writers in 1995. He published his first novel when he was 19 years old with the pseudonym Ian Ludlow.

He resided in Los Angeles with his wife and daughter. His father worked as a TV anchorman and his mother was a newspaper columnist. He has a brother and two sisters who are writers as well.

He is a co-author of the Fox & O'Hare series of books that includes The Heist, The Chase, etc. with Janet Evanovich.

Lee Goldberg Is A Member Of