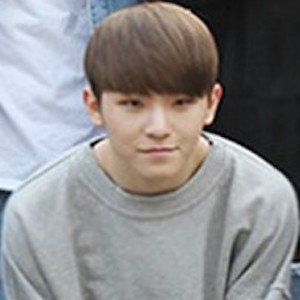 Leading vocalist for the K-pop supergroup Seventeen who also specializes in music production, composition, and lyrics. His full name is Lee Ji Hoon.

He trained for five years in the Pledis Entertainment system. As a kid, he played the clarinet and band instruments while learning classical music.

He graduated from Hanlim Multi Arts High School in 2015. He previously performed with a group called Tempest.

His hometown is Busan, South Korea.

He performs alongside Wonwoo in the group Seventeen.

WOOZI Is A Member Of