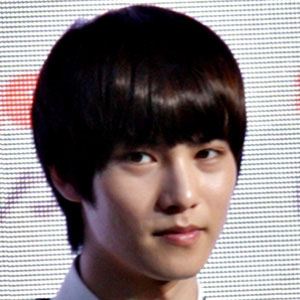 Guitarist and screen actor who became known for his association with a South Korean pop-rock band CNBLUE. He debuted as an actor in the 2010 feature film Acoustic.

He spent his younger years winning amateur judo championships but decided, after watching a performance by guitarist Eric Clapton, to pursue a career in music.

He played the role of Collin Black in a Seoul Broadcasting System (SBS) television series called A Gentleman's Dignity.

He was born in Busan, South Korea; he moved to Japan briefly when he was four with his two older sisters and his parents before eventually moving back to Busan.

He and singer Yong-hwa Jung were both members of CNBLUE.

Lee Jong-hyun Is A Member Of