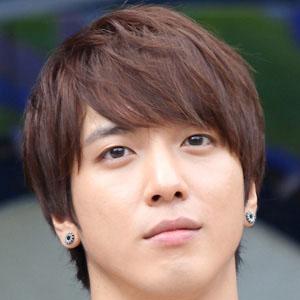 Lead vocalist of Korean rock band CN Blue who has worked as an actor, songwriter, and producer as well.

He joined FNC Music after taking his college entrance exam.

He became known on the internet as "Eoljjang," which means "handsome face" in Korean.

He was born in Yeoksam-dong, Seoul, South Korea and raised with an older brother.

He co-starred with Park Shin-hye in the TV series You're Beautiful.

Jung Yong-hwa Is A Member Of