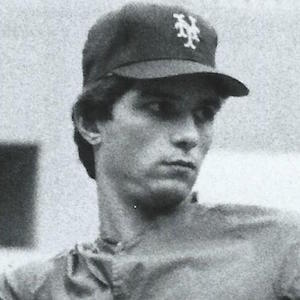 Outfielder who was an All-Star in 1979 with the New York Mets. He was part of the the team's World Series Championship run in 1986.

After retirement, he served as manager of the Baltimore Orioles.

Slick-fielding first baseman Keith Hernandez was his teammate on the Mets.

Lee Mazzilli Is A Member Of