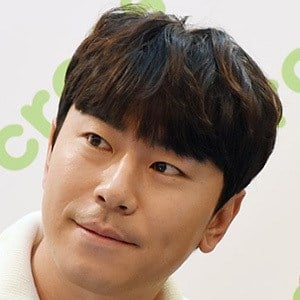 South Korean actor who is best recognized for his appearances as a cast member on the MBC variety series I Live Alone. He is also known for his feature film appearances and has starred in the 2017 film Uhm Bok-Dong as well as the 2013 film Tough as Iron.

He started his acting career in 2001 when he landed a small role in the feature film Sila Ui Dalbam. His television debut came later on in 2009 when he starred as Kim Joong-ho on the MBC television series Friend, Our Legend.

He is known for having won the Rookie Award in the Variety Show Category at the 2017 MBC Entertainment Awards for his work on the series I Live Alone.

He starred alongside Rain and Kang So-ra in the 2019 feature film Race to Freedom: Um Bok Dong.

Lee Si-eon Is A Member Of