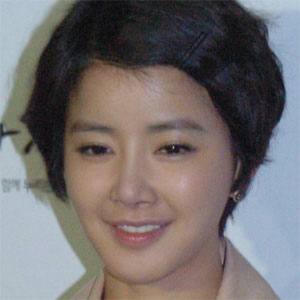 Award-winning South Korean actress most famous for appearances on shows like "Becoming a Billionaire" and in films like "How to Use Guys with Secret Tips." She has also gained notoriety as an amateur boxer, winning the 48-kg title at the 24th National Amateur Boxing Championships.

She won the 2010 KBS Drama Award for Best Actress for her role as Bu Tae-hee on the series "Becoming a Billionaire."

She was born Lee Eun-rae and moved with her family to Seoul, South Korea when she was nine years old.

She was paired with singer Jay Park on the reality music show "Music and Lyrics" in 2012.

Lee Si-young Is A Member Of