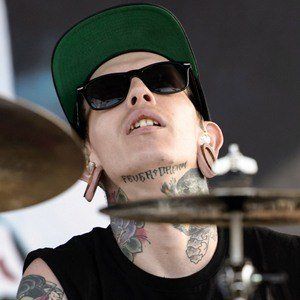 Professional drummer who rose to prominence as one of the founding members of the Australian deathcore outfit Thy Art is Murder. Their second studio album Hate peaked at number 2 on iTunes' metal chart in the US.

He co-founded Thy Art is Murder in 2006 and performed on their first demo This Hole Isn't Deep Enough for the Twelve of You.

In 2013 he was featured in Sick Drummer Magazine.

In 2015 he shared the stage with Parkway Drive's lead vocalist Winston McCall.

Lee Stanton Is A Member Of