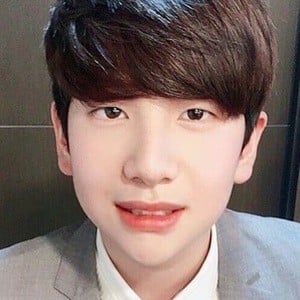 One sixth of the South Korean rock band The East Light, he gained fame as one of the band's vocalists. Since the group's debut in 2016, they've released several singles and an EP, Six Senses.

He first gained fame as a performer competing on Mnet's Voice Kids Korea. His bandmates, Lee Eun-sung and Jung SaKang also competed on the show prior to joining the band.

In 2017, he competed on the second season of the K-pop talent competition Produce 101.

He is the youngest founding member of The East Light.

In July 2017, he and The East Light bandmate Jung SaKang released the single "Love is..."

Woojin Lee Is A Member Of