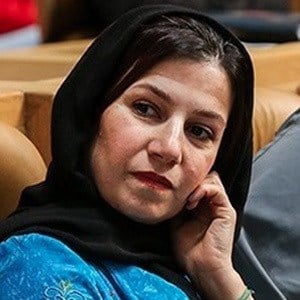 Iranian actress who starred in the films Pig, Cold Sweat and The Old Road. She is best known for her role in the popular 90's children's show Ta Be Ta Stories.

She grew up in the Iranian film business, as her father was a prominent director and actor.

In 2018 she was nominated for a Best Supporting Actress Crystal Simorgh award for her role in Cold Sweat.

Her parents are Davoud Rashidi and Ehteram Boroumand.

Leila Hatami and Ali Mosaffa were her costars in the 2018 movie Pig.

Leili Rashidi Is A Member Of