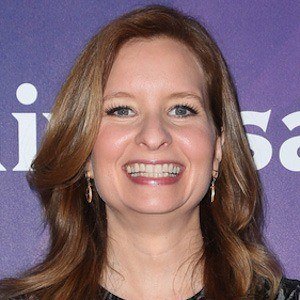 Improvisational comedian, television and film actress, she is the co-creator and co-star of NBC's Best Friends Forever and USA's Playing House along with her real-life best friend Jessica St. Clair.

She studied theatre in college but went on to teach French for two years as part of the Teach For America program. After that she joined the Upright Citizen's Brigade Theatre and had small roles in films and television alike. The role that put her on the map, was her supporting character in CBS's Accidentally On Purpose.

She thinks that improvisational comedy helps her perform and write because you don't have time to judge yourself, you just have time to react.

She co-starred in CBS's Accidentally On Purpose with Jenna Elfman.

Lennon Parham Is A Member Of