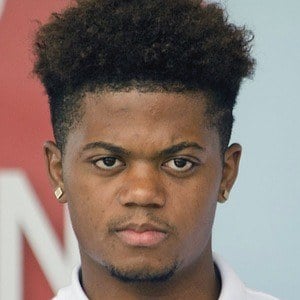 Winger who became an immediate sensation after making his senior debut with K.R.C. Genk. He was named the Belgian Young Professional Footballer of the Year for the 2015-16 season. The following season, he transferred to Bayer 04 Leverkusen.

He was raised in the Cassava Piece region of Kingston, Jamaica.

His Europa League goal against Rapid Wien was chosen as the top goal of the competition by UEFA for the 2016-17 season.

His adoptive father is Craig Butler. His brother Kyle is also a soccer player.

He has been teammates with Karim Bellarabi on Bayer 04 Leverkusen.

Leon Bailey Is A Member Of