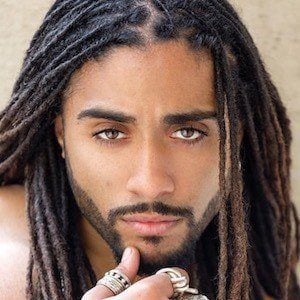 Musician and model notable for his iamleongrey Instagram account. He has earned 210,000 followers for his modeling photos and short iCandy videos and 170,000 fans on Facebook, where his videos have helped him gain further traction.

Music had always been a big part of his life and he continued to gain an appreciation for it after joining a band in 2011. He was first discovered via Snapchat by Bienaime Agency.

He has been featured in several media outlets, including Essence, Bossip, and the Pulse, among others.

He is of Jamaican and Greek descent. Both of his parents were international athletes in the 1990s.

Leon Grey Is A Member Of