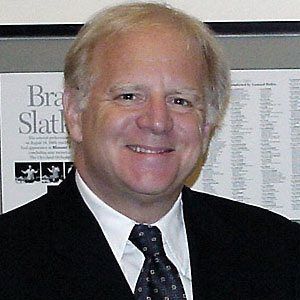 Composer and conductor who was the principal guest conductor for the Los Angeles Philharmonic from 2004 to 2007. He made the first digital stereo recording of "The Nutcracker" by Tchaikovsky in 1985.

He studied conducting at the Juilliard School where he was a student of Jean Morel. He debuted as a conductor in 1966 when he was hired as artistic director and conductor for the New York Youth Symphony. From 1968 until 1977, he was the assistant conductor for the Saint Louis Symphony Orchestra.

He was awarded the National Medal of Arts in 2003.

His father was Felix Slatkin, the founder of the Hollywood String Quartet for which his mother Eleanor Aller worked as cellist. He married his fourth wife Cindy McTee in 2011.

He made a series of digital recordings for RCA, including the symphonies of Ralph Vaughan Williams.

Leonard Slatkin Is A Member Of