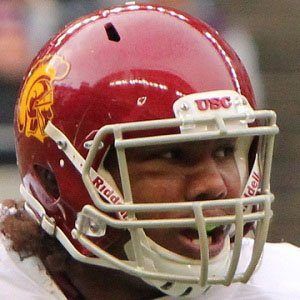 He was ranked as a four-star recruit by Rivals.com after a standout career at Mainland High School in Daytona Beach, Florida.

He began his collegiate career as a defensive tackle, but moved to defensive end prior to his sophomore season.

He was born to Clenon Williams and Aviva Russek and raised with four siblings. His father was imprisoned for robbery early in Leonard's life, forcing Aviva to raise the children mostly as a single mother.

He and quarterback Cody Kessler were teammates at USC.

Leonard Williams Is A Member Of