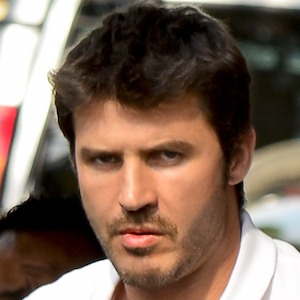 Mexican actor known for his roles both in television and in feature films. He is best recognized for having played Carlos Mendosa in the 1991 series Tarzan and for having starred as Tommy Green in the 1992 feature film La Tumba del Atlantico.

His acting career first began in 1983 when he starred in the feature film Ed dia del Compadre. Then in 1989, he began appearing in television with a role in the Papa Soltero series. He gained further attention in 1977 with a recurring role as Diego Quintana in Aguamarina.

He is known for having appeared as a presenter at the 2005 Billboard Latin Music Awards.

He is the son of Dominican actor Andrés García.

He starred alongside Melissa Barrera and Rossana Najera in the 2015 drama series Tanto Amor.

Leonardo García Is A Member Of