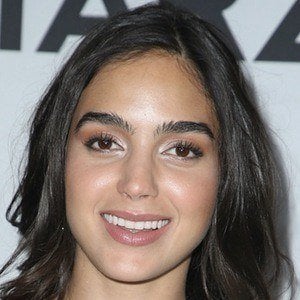 Mexican actress known for her starring role as Lyn in the show Vida. She also had a lead role in the 2021 musical drama In the Heights.

She studied at New York University's Tisch School of the Arts.

She's also a singer, and her song "Mamma Maria" was her first top ten radio hit.

In February of 2019, she married musician Paco Zazueta.

She and Anthony Ramos starred in the film In the Heights.

In the Heights
Scream 5
Scream